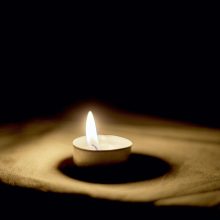 Last week in part one of this series we discussed how Hsieh became an Internet pioneer, starting two wildly successful companies, LinkExchange and Zappos, the latter of which he sold to Amazon for $1.2 billion. It was as CEO of the online shoe brand Zappos where Hsieh developed his vision for life and business: delivering happiness.

Hsieh outlined this mission in the 2010 book, Delivering Happiness: A Path To Profits, Passion and Purpose, which became a New York Times number-one bestseller. Yet while the young entrepreneur was busy bringing joy to his customers, employees, and friends, Hsieh was privately coping with mental health issues and substance abuse. These struggles reportedly intensified in 2020, as the pandemic-related quarantines put an end to the non-stop parties and socializing Hsieh came to crave.

Hsieh’s downward spiral also coincided with his relocation from Las Vegas to Park City, Utah. In Park City, Hsieh became further isolated from longtime friends, surrounding himself with a new group of friends, many of whom were reportedly much younger than Hsieh and encouraged his escalating use of drugs, including ketamine, ecstasy, and nitrous oxide.

Further complicating matters was the fact that many of Hsieh’s new friends had moved to Park City after Hsieh promised to double their highest salary if they would relocate with him and assist with his efforts to revitalize the downtown area of the ski-resort town.

The Wall Street Journal reported that the walls of Hsieh’s Park City mansion were covered in thousands of color-coded sticky notes, which Hsieh used to record financial commitments he made to employees, friends, and local businesses. What’s more, Hsieh reportedly purchased dozens of properties in Park City, including homes, condos, and businesses, all of which were owned through a number of limited liability companies (LLCs).

In August, Hsieh announced that he was retiring as CEO of Zappos, which he had run largely autonomously for more than a decade after selling the company to Amazon in 2009. Around that same time, family members and friends worried about Hsieh’s increased drinking and drug use, reportedly staged multiple interventions in an attempt to get him professional help.

Although reluctant at first, Hsieh eventually decided he would seek treatment for his addictions. According to the Wall Street Journal, Hsieh was going to check himself into a rehab facility in Hawaii following the Thanksgiving holiday, which he planned to spend with his girlfriend in Connecticut. Sadly, Hsieh would never make it to Hawaii, as he perished from injuries he suffered after being pulled unconscious from a house fire in the early morning hours of November 18th.

During his visit to Connecticut, Hsieh stayed in a waterfront home in New London, with his longtime girlfriend and former Zappos executive, Rachael Brown, as well as his brother, Andy Hsieh. According to property records, Hsieh purchased the $1.3 million home for Brown in August 2020, but it was a likely vacation home, as Brown reportedly lived with Hsieh in Park City, according to the Las Vegas Review Journal.

It remains unclear what started the fire. Based on reports from the Wall Street Journal, at some point in the evening, Hsieh told others in the house that he was going to a storage shed that was attached to the home, and that they should check on him regularly throughout the night. From there, Hsieh apparently locked himself—either intentionally or by accident—in the storage room and wasn’t seen or heard from again.

When firefighters arrived on the scene around 3:30 am, they found smoke billowing from the storage area at the back of the house where Hsieh was located. The others staying in the house told first responders Hsieh was locked inside the shed and was not responding to their pleas for him to come out. Firefighters were forced to break through the door into the storage area, where they found Hsieh lying unconscious.

Paramedics performed CPR on Hsieh at the scene, and then he was flown to a local hospital, before being relocated to the Bridgeport Hospital Burn Center, where he ultimately died nine days later on November 27th—just two weeks before his 47th birthday. Because the investigation into the fire is still ongoing, local authorities are not releasing any information about the suspected cause of the fire, but they maintain Hsieh’s death was accidental and caused by complications from smoke inhalation.

Cleaning Up The Mess

Hsieh is survived by two brothers and his parents. Just a week after his death in early December, a judge in Clark County, Nevada, granted a motion filed by Hsieh’s father, Richard, and his older brother, Andrew, to be named co-special administrators and legal representatives for his estate. In the ruling, the judge ruled that Hsieh’s personal and business affairs “require immediate attention to prevent loss to the estate.”

According to court reports, Hsieh’s family was unclear whether or not he had a will or any other planning documents. His father and brother sought to be named administrators of his estate, so they could access his safety deposit boxes and speak with his lawyers and other associates in order to determine if he had made any plans for how his assets should be managed upon his death.

Although Hsieh had moved to Park City earlier in the year, he was still listed as a resident of Nevada. This means that if no will is found, all $840 million of Hsieh’s assets will be distributed under Nevada’s intestate succession laws. According to those laws, Hsieh’s mother and father stand to inherit his entire estate.

However, before any of his assets can be transferred, they must first be located. Given the immense size and scope of the assets Hsieh likely accumulated over his lifetime, just identifying everything he owned will likely take his loved ones several months or even years. Depending on the type of records Hsieh kept, it’s quite likely that some of his assets will never be located, and instead of passing to his family or funding one of Hsieh’s favorite philanthropic causes, those assets will end up in the state Department of Unclaimed Property.

In addition to locating his assets, Hsieh’s family must also pay off any debts or liabilities Hsieh incurred during his lifetime. And this process will undoubtedly be extremely complicated due to his penchant for doubling his friends’ salaries in exchange for relocating to Park City with him.

Each one of the thousands of sticky notes covering the walls of Hsieh’s mansion in Park City could potentially be considered a valid contract, and if so, each of those individuals could have a claim against his estate. To complicate matters even more, it’s highly likely that there will be questions as to whether Hsieh was in a sound state of mind during his final months and if he had the mental capacity to even make binding contracts.

Hsieh’s failure to use formal legal agreements to govern his business relationships will undoubtedly lead to bitter court battles, pitting his family against some of the so-called “friends” Hsieh surrounded himself with during his final months.

Furthermore, Hsieh’s recent spending spree on real estate and businesses in Park City, much of it done through multiple LLCs, will also need to be sorted through. This will be a particularly lengthy and expensive process given that his loved ones must deal with the court process of probate not only in Hsieh’s home state of Nevada, but in every state he owned property in.

Finally, once all of Hsieh’s debts and creditors have been paid via probate, whatever remains of the estate will be subject to the federal estate tax before it can pass to his parents. The estate tax is not a factor for most people, as the tax code provides for a hefty exclusion that can be used to transfer a certain amount of wealth tax free to your heirs upon your death.

Yet given Hsieh’s massive fortune, his family will be hit with a tax bill that could potentially run in the hundreds of millions. Based on the federal estate tax exclusion for 2021, the first $11.7 million of Hsieh’s estate will pass tax-free to his family, but whatever remains of his $840 million estate after probate will be taxed at a whopping 40% rate.

The saddest part of this whole situation is that virtually all of the time, money, and stress Hsieh’s family is now forced to endure could have been easily prevented with proper planning. And given his immense wealth, it’s virtually unthinkable that Hsieh didn’t have a team of experienced lawyers and financial advisors pushing him to create at least a minimal level of planning.

Using living trusts, for example, Hsieh could have ensured that all of his assets would pass immediately to the beneficiaries of his choosing upon his death, without the need for probate. At the same time, trusts could also have been set up to mitigate some of Hsieh potential estate tax liability, as well as ensure that some of his wealth went to the numerous charitable and philanthropic causes that were near and dear to Hsieh’s heart.

In addition to creating planning vehicles to ensure the proper distribution of his assets, Hsieh also should have created an updated inventory of all his assets. Such an inventory not only makes creating your estate plan much easier, but most importantly, it allows your loved ones to know what you have, where it is, and how to access it if something happens to you.

With us as your Personal Family Lawyer®, we will not only help you create a comprehensive asset inventory, we’ll make sure it stays regularly updated throughout your lifetime. To help you get this urgent process started, we’ve created a free tool called a Personal Resource Map, where you can start creating your inventory right now, by yourself, without the need for a lawyer.

Proper estate planning can keep your family out of conflict, out of court, and out of the public eye. If you’re ready to create a comprehensive estate plan, contact us to schedule your Family Wealth Planning Session. Even if you already have a plan in place, we will review it and help you bring it up to date to avoid heartache for your family. Schedule online today.

Thanks for your interest. I know you have a lot of options when it comes to legal planning. The Mundheim Firm, PLLC has been the trusted partner of North Texas area residents. I look forward to meeting with you. Contact us today.